So, you want to be a pilot – Hope you’ve got rich parents!

Home>About us>Blog>So, you want to be a pilot – Hope you’ve got rich parents!

Average first flying salary circa £25,500pa. About £10,000pa more than the average salary for a non-flying first job of about £15,500pa. Obviously, both would rise over time but to pay off that massive debt pilot pay must increase exponentially to cover the cost incurred to get into the air in the first place. This cannot continue.

The problem is that in the 90s pilots started paying for their training and type rating to give themselves the best chance of getting a job. The industry realised this and decided that it would reduce its costs by only recruiting pilots who are already qualified. This will come back to haunt the industry, and we see the first signs of it now. There are too few pilots and little chance with the current system that enough will be trained for the future.

Airlines need to reconsider how and who they recruit or else they are going to be accused of being an industry that is closed to people from working class backgrounds whose parents cannot afford to support their children’s aspiration to be a pilot and the government needs to do more to enable everyone with the ability and enthusiasm to fly to be able to work in the industry.

As such, we believe one thing that could be done now is for the governments Student loan scheme to be extended to pilot training and for the airlines to provide real cadet schemes that are fully funded. If nothing is done pilotless, or no aircraft will be a step closer! 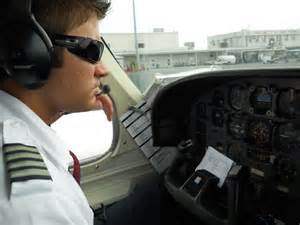 The BBC Radio 4 show you and yours recently invited Phil onto the programme to discuss life as pilot right now.  Becomng a pilot and the training c

Some restrictions will lift on 17th May

Boris Johnson’s announcement confirmed that the ‘stay in the UK’ restriction will lift from 17 May 2021.  Whilst this is welcomed, there are limite