IPA membership, the insurance you need

As the aviation industry continues its recovery, it remains a very volatile time for our members.  The recent media coverage around delays at certain airports has been unhelpful, with airlines being blamed for matters that are in some cases out of their control.  Whilst it is unlikely that these delays will result in people choosing not to fly, it is damaging to a sector that has taken more than its fair share of knocks over the years.

As a union, we continue to support members who face difficulties within their employment in several areas.  These include –

Contract review – some of our members are returning to aviation or are finding new roles.  In the current climate, it is imperative that pilots take advice on the terms and conditions that they are being asked to sign.  Recent years have generally seen an erosion to pilots’ terms and conditions, and based on contracts we have seen, this trend continues.

Bond agreements – pilots continue to sign these without advice, and only consult us when things go wrong.  Many employers will insist that these are signed without amendment, but we find that in many cases, there is a lack of understanding around some of the terms.

Redundancies that are not redundancies – just because an employer states that they are commencing a redundancy process, this does not necessarily mean that what they are doing falls within the statutory requirements for a genuine redundancy.  The pandemic appears to have been used by some employers to reduce headcount, in some cases where there is not a genuine need to do so or use the opportunity to attempt to dismiss more ‘expensive’ employees by creating a false situation.  This is an unwise tactic, as it potentially exposes employers to various claims in an employment tribunal.  We have represented pilots several times where we have been told it is a redundancy and it clearly is not.

Alternative roles – some employers will offer a different role as an alternative to redundancy or seek to move employees to a different role/type due to the changing operations of the business.  There are several considerations around whether the role might be suitable, whether it affects continuity of employment, and whether the employer might seek to bond a pilot further than is reasonable.

Roster changes – covid absence, or other sickness related absence is resulting in short notice roster changes with some operators.  Each operator will have their own specified process and must be FTL compliant, but it is important that pilots are not considered to be permanently on standby.  Interpretation of the rules can vary, and we have supported pilots who do not agree with how their employer is treating this situation.

Business re-structure – this can prove complex where operators are seeking to move operations to different parts of their business or bringing part of the operation back into the UK jurisdiction.

Pay negotiations – the pandemic saw unprecedented erosion to pilots pay and terms and conditions of employment.  As the industry recovers, many employers are seeking to keep it that way.  To keep their jobs, pilots took a massive hit to their income, which is unsustainable long term.  With impending pilot shortages, employers need to realise that pilots are not a luxury, rather they are crucial to the safe operation of the aeroplane.  With inflation at over 7% and rising, changes to national insurance contributions, house prices rocketing and a cost-of-living crisis, employers risk losing more of their skilled and experienced pilots to other sectors if pay does not improve.  Many sectors and industries are struggling to recruit; however, this is not a job where vacancies can be filled quickly.  It is therefore imperative that pilot pay is commensurate with the skills and commitment pilots bring to the employer.

There is one area where we are unable to support pilots, and this is where pilots approach us with a pre-existing employment issue or join and we then establish that the issue they expect support with is pre-existing at the time of joining the IPA.  In the last week alone, we have had three enquiries where non-members have sought support for an existing employment issue, and one case where the member advised there were no issues, but this was not accurate.  Like insurance, we cannot cover you after the incident has occurred.  We include this in many articles we write but continue to see approaches from non-members increasing.

If you have any colleagues who are not union members, we suggest that you encourage them to join the IPA, as we will not represent pilots who join us with an issue, and there are no exceptions to this.  Pilots can join via the website – www.ipapilot.com or by contacting the office on 01444 441149. 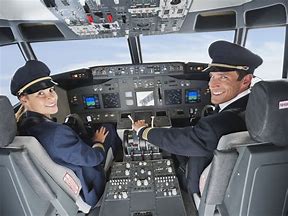